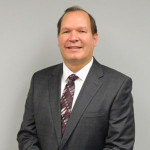 Mark received his B.B.A. in Accounting from the University of Notre Dame in 1983 and his J.D. from The Ohio State University in 1988.

Mark was a scholarship football player for the University of Notre Dame where he was a two-year starter. Following his collegiate career, Mark played professional football in the United States Football League with the Chicago Blitz and the Orlando Renegades.

Mark resides in Massillon, Ohio with his wife Allison and their two daughters, Maria and Anna.

Beck vs. Berus- obtained trial verdict in favor of defendant in a catastrophic automobile accident in which plaintiff was a quadriplegic.

Cook vs. The Sportsman’s Den- obtained trial verdict in favor of defendant in bodily injury shooting accident in which plaintiff lost several fingers.

Fill in the form below and we will be in touch soon.